While Cypress Gardens might not have been the biggest theme park in Central Florida, it certainly was one of the splashiest. This is how it happened.

In the latter part of 1932, Dick Pope, Sr. and his wife Julie decided to move back to Florida after living in New York for some time. Julie had read an article in Good Housekeeping about a banker in Charleston who had opened his private estate to the public, and charged admission and had taken in $36,000 cash in one year — a big sum in those days.  After sharing the article with her husband, Mr. Pope declared, “someday we’ll build a Garden and attract visitors to Winter Haven!

Initially the couple planned to beautify and rebuild the canals and chain of lakes in Winter Haven. They started on that, and then planned on adding a hanging garden on Lake Eloise – and that’s what later became Cypress Gardens. Working side by side with the laborers in the muck, Mr. Pope began constructing his dream garden. Many in the press laughed at the idea of building a beautiful tropical showcase in the middle of a 16-acre marsh, calling him “Maharaja of Muck” and “Swami of the Swamp.” But, he persevered. Dick didn’t know one flower from another, but Julie Pope, born and raised in Brewton, Ala., knew plants, loved them and had a “green thumb.” 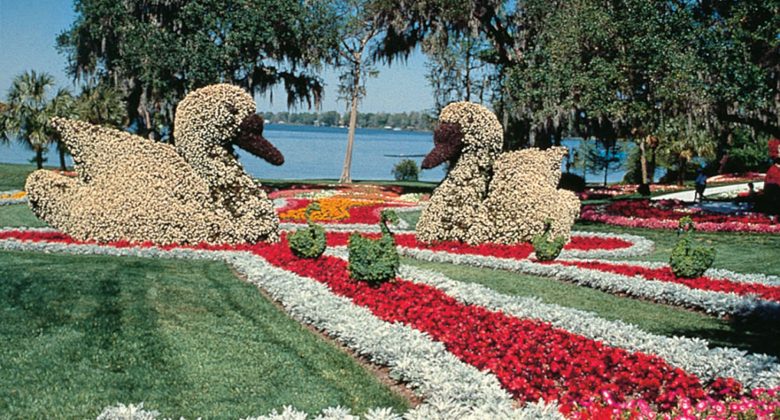 Always a picture enthusiast, Mr. Pope set up an 8×10 view camera while laying out paths to be sure he could get good picture compositions with his plantings. (We think Dick Pope, Sr. would have LOVED Instagram.) If a big tree or lagoon appeared as an obstacle, he went around it with his walkways. Finally, on January 2, 1936, the gates opened on what would become a showplace for 8,000 varieties of flowers from over 90 different countries. In 1938, the first electric boats began gliding through the tropical canals. 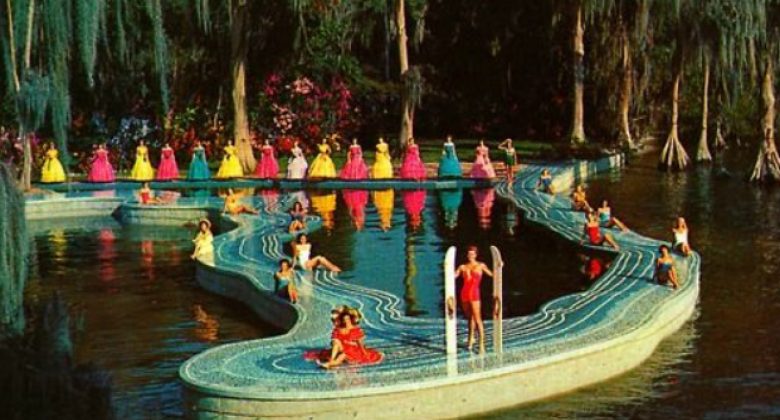 Mr. Pope’s newsreels, photographs, and tireless showmanship soon resulted in countless images of beautiful women, palm trees, exotic flowers and always-sunny Florida skies published around the world. He was proclaimed “Mr. Florida,” first citizen of the state and, in time, the “Father of Florida Tourism.” Through the years, some of Cypress Gardens’ icons came about out of necessity. For instance, in 1940, the vine on the cypress wall, the first thing a visitor sees when he arrives, became frozen and died — all the plants in the park were protected by smudge pots. Besides, it was cold out, discouraging to a visitor. Twenty people drove up the first day and drove away again without going in.

Mrs. Pope called one of the girls. “Put on an old-fashioned dress”, she said. “That will be warm without looking warm and we’ll put a shawl on your shoulders. Then you go stand by that dead vine and flirt with everybody that comes in so hard that they don’t see the vine.” People quit going away without entering the gardens. In fact, they quit seeing the dead vine.

The gracious Southern Belles became a tradition that was an ongoing part of the beauty of the Gardens. 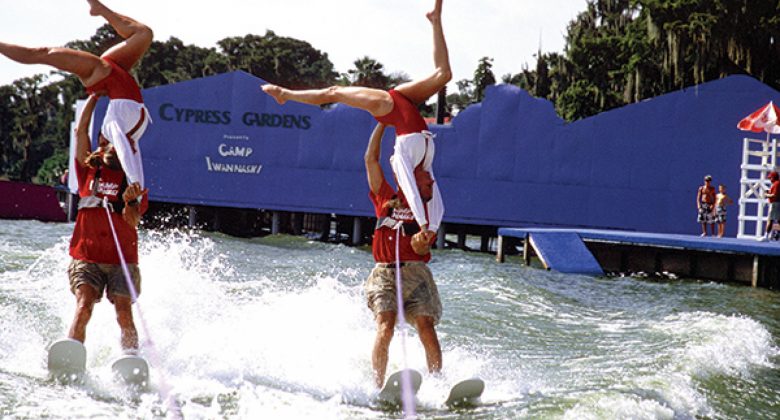 The world famous water ski show had the same sort of beginning. In 1943, while Mr. Pope was serving in World War II, one of the photos in a local newspaper featured water skiers being pulled by a boat at Cypress Gardens. Several soldiers in the area came to see the “water show,” even though none existed. But Julie, the consummate business woman, rounded up her children and their friends to stage the park’s first water ski show. The next weekend, 800 soldiers showed up, and the rest, as they say, is history. 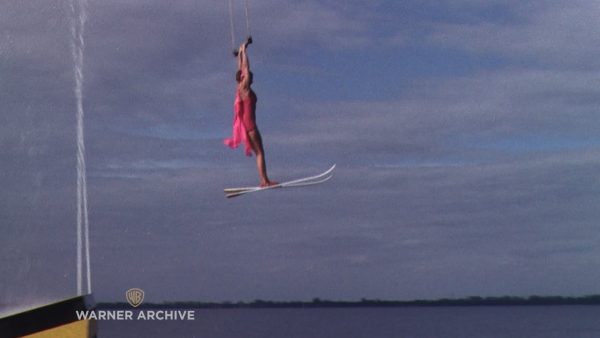 Celebrities and Hollywood movie producers discovered Cypress Gardens in the late ‘40s, ‘50s and ‘60s, including Elvis Presley, Esther Williams and Johnny Carson. Full-length features including “On an Island With You,” “Easy to Love,” parts of “Moon Over Miami,” “This is Cinerama,” and hundreds of short features flooded movie theaters all over the country, building the tremendous recognition of the gardens.

From Cypress Gardens to LEGOLAND Florida

Cypress Gardens expanded during the 1970s and 1980s to compete with new Central Florida theme parks springing up. In the early 1980s, Mr. Pope retired and passed the reins to his son, Dick Jr. In June 1985, after almost a half-century of Pope family ownership and involvement, Cypress Gardens was sold to publishing conglomerate Harcourt Brace Jovanovich. The park was bought and sold a few more times until Merlin Entertainment purchased Cypress Gardens theme park, the Splash Island water park and the adjacent botanical gardens in September 2009. Today the grounds of Cypress Gardens are home to Florida’s newest – and coolest – theme park, LEGOLAND® Florida Resort. The developers took great care to preserve the integrity of Cypress Gardens, keeping the great Banyan tree that was planted in 1939, and even going so far as to retain the garden’s main attraction: daily water ski shows, which now feature swashbuckling LEGO pirates. Admission to the historical gardens is included with LEGOLAND® Florida Resort admission. 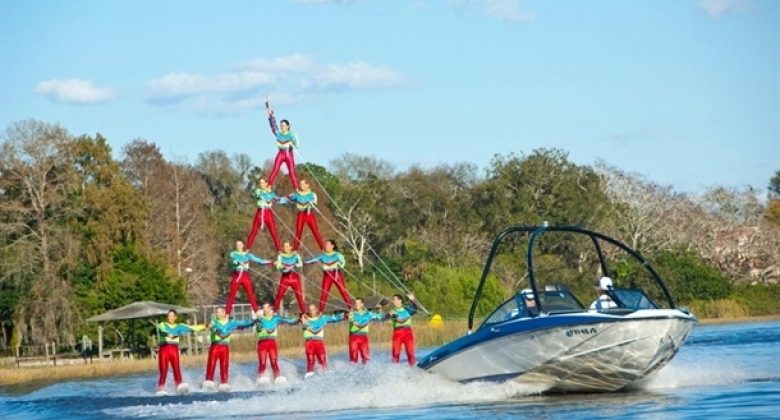 On the 3rd Saturday of each month, residents and visitors alike head to Lake Silver in Winter Haven to watch the water ski show that started at Cypress Gardens in 1943. The current Cypress Gardens Water Ski Team was started by former Cypress Gardens waterskiers wanting to pass on their show skiing legacy to the next generation. During Daylight Savings Time (March – October), the monthly ski show begins at 6:00 p.m. From November through February, the show begins at 4:30 p.m.

Cypress Gardens Was Florida’s 1st Tourist Attraction. While Cypress Gardens might not have been the biggest theme park in Central Florida, it certainly was one of the splashiest.