Former slave, L.B. Brown, built this house turned museum in 1892. Guided tours of the LB Brown House Museum are held Mon.-Fri., 8 a.m.-5 p.m., by appointment only. Visitors are welcome to walk around, take photos and peek through windows without an appointment.

LB Brown House Museum in Bartow is a physical legacy left behind by a former slave who defied the odds and became a successful Florida business leader.

From Slavery to Community Leader

Lawrence B. Brown was born in Alachua County during the last decade of slavery. Following the end of slavery in 1865, his family moved to Volusia County, where Brown would go on to marry, and acquire a considerable amount of property. This self-taught master carpenter began to shape his destiny by building multiple homes on his property and either renting or selling them. The street that bordered his property was even named “Lawrence Street” in his honor.

Following the death of his father, Lawrence and his mother moved to Bartow, which was in the midst of an economic boom. Here, he continued the pattern of his earlier success by acquiring and developing more property with homes, including the historic L.B. Brown House.

The nine-room, 1,700 square foot Victorian L.B. Brown House is now listed on the National Register of Historic Places. It is a museum and architectural masterpiece honoring one man’s triumph over adversity, and contributions to community growth in Central Florida. It is possibly the only remaining house in Central Florida built and owned by a former slave.

Visitors are welcome to admire the architecture of the L.B. Brown House and peek through the windows, but it’s definitely worth scheduling a tour so you can get a closer look and enjoy the insider knowledge from an experienced docent.

When planning your Central Florida vacation, schedule a free, guided tour by calling 863-944-6136. Weekend appointments may also be available, if scheduled several days in advance.

Enjoy three days of entertainment celebrating L.B. Brown during this annual Central Florida history and heritage festival. The February event features vendors, “back in the day” demonstrations, senior citizens activities, a history lecture, music and dance, a talent show and a gospel program on Sunday.

Mr. Lewis, along with his young granddaughter, and docent in training, Ms. Leeric, conducted our tour. Mr. Lewis was a gifted orator, and was knowledgeable, patient, and answered all our questions...

We had a tour of the historic L.B. Brown house in Bartow Florida. Mr. Lewis gave us a wonderful snapshot of the life of Mr. Brown and his family. We were told he was a self-taught carpenter and...

Five stars and a shout out to Clifford, our fabulous tour guide. This man knew his stuff and was so interesting! Great historical museum. 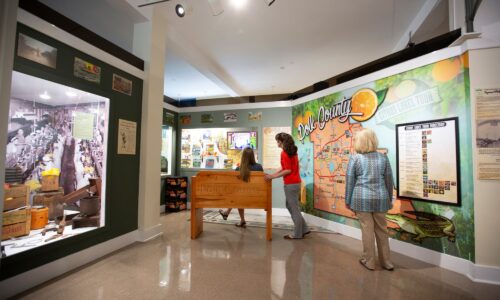 Learn about the importance of the African American historical legacy within the region of Central Florida, and beyond.