The only thing cooler than visiting LEGOLAND Florida Resort during your Central Florida Vacation is pairing that visit with a stay at LEGOLAND Hotel.

LEGOLAND Hotel in Winter Haven is a kid’s dream hotel. It features more than 2,000 LEGO® models, elevators with a disco ball, and tons of other clever details ignite your child’s imagination. Most importantly, the hotel is just steps away from LEGOLAND Florida’s Theme Park and the new Peppa Pig Theme Park. A smoke-breathing LEGO® dragon and hundreds of LEGO® minifigs will greet you in the lobby of this awesome hotel. While the hotel is “Built for Kids,” parents will marvel at the LEGO details in every space. In addition to the fun-filled lobby, you’ll find LEGO® brick pits, the Skyline Lounge, a kids night club, gift shop, and restaurant on the hotel’s ground floor. Outside you’ll find a huge pool filled with LEGO® bricks and mini golf. Starting April 1, 2022 families can experience the LEGO NINJAGO® universe like never before in one of twelve newly themed guest rooms. Guests can immerse themselves in rooms fit for families of five alongside artwork of popular LEGO® NINJAGO® heroes such as Kai, Nya and Master Wu. Perks of Staying at LEGOLAND Hotel

During your stay, a buffet-style hot breakfast at Bricks Family Restaurant is on the house! Bricks also serves lunch and dinner, and there is something on their menu for even the pickiest of eaters. In addition, staying at the hotel allows for early park access, or what LEGOLAND refers to as “Bonus Brick Time.” Bonus Brick Time allows you to enjoy select rides 30 minutes before the park opens to the public. No awesome hotel is complete without a heated pool for those who vacation in Central Florida during winter months. The hotel pool features soft floating LEGO® bricks, and is just 4-feet at its deepest point. We’d be remiss if we didn’t mention the picturesque views of Lake Eloise, LEGOLAND’s Theme Park, and more LEGO® models. The LEGOLAND Hotel is built for kids, but that doesn’t mean there aren’t adult touches. Parents can enjoy cocktails and beer at Skyline Lounge.

Above all, the hotel’s ability to put a grand smile on your child’s face remains to be its greatest feature.

We stayed 3 days at the Lego land hotel. Day 1 Check in was easy. We arrived and unloaded our bags on to a cart. We thought they would bring the bags to our room while we were at the park. We...

We have previously stayed at the beach retreat and pirate island hotels. This was our first time at the main legoland hotel. It did seem older. We stopped in an adventure room, which was located on...

Grew up going to Disney. Took the boys there and then visited Legoland. Legoland is a thousand times better. Super convenient, amazing and affordable hotel with fantastic amenities, free breakfast... The number one theme park for little kids is opening new attractions and hosting lots of great seasonal events throughout... 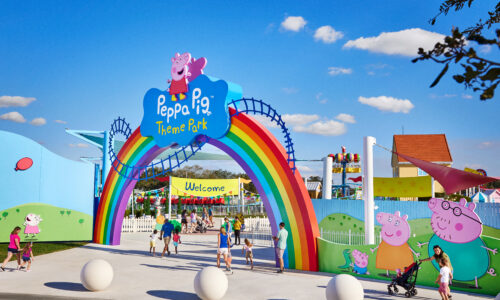 Build your ultimate vacation, staycation or PLAYcation with a vacation package that combines the fun of the LEGOLAND® Florida Resort…